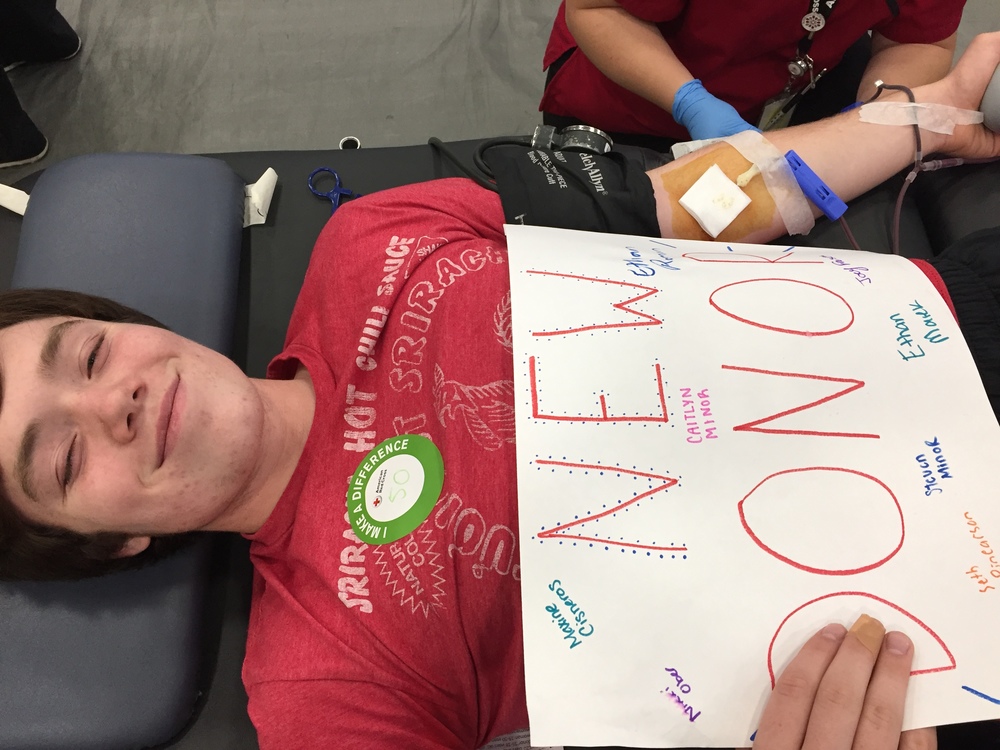 James A Garfield Student Council has been saving lives for years.  Every 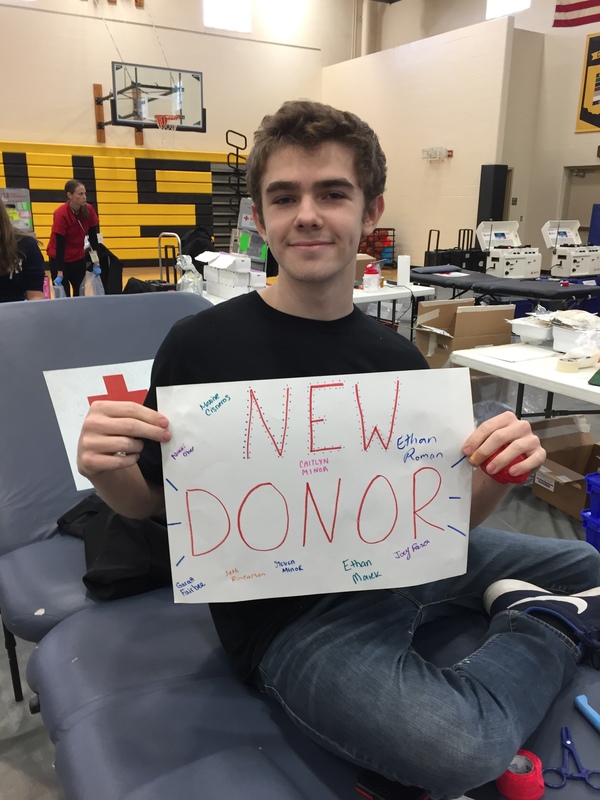 year Student Council  sponsors  several  Red Cross Blood Drives a Year.  The student body is invited to participate and help save a life through their donation.  The Red Cross sets a goal for the students to hit.  50 pints of blood is what they need to hit the goal.  The students almost always exceed the goal.  One of the biggest challenges of hitting that goal was in the year 2016 during the football play offs.  Students are unable to donate if they are playing a sport that night.  This meant that the football players, band members and cheerleaders could not donate.  A majority of the student donating population were unable to help the school hit the needed number.

Student Council did not surrender to the situation.  Instead, council officers Katie Synnestvedt and Alex Bell went on a crusade to get to get 16 year old recruits.   It was the biggest number of new donors in the history of Garfield.  They recruited 30 new 16 year old donors that year.  They exceeded the drive goal with 57 pints collected and the football team won.  It was a thrilling and amazing year.  Garfield Students do not surrender.   They schedule the drives a year in advance. The 2018-19 school year drives have already been scheduled for September 12th, November 14th and February 20th.  Red Cross Team Managers, Tara Dragon stated that “ James A. Garfield has the best run drives of all the High Schools that I organize.  Your students need to train other schools.”  Student Council

members  have developed their own training program.   The upper classmen train the incoming freshmen to do their jobs properly and then train the next batch of students.  It is a continual training and each year they decide how they can make the process better and get more donors.  The most pints every collected in one drive was 82.  JAG Student Council members care about spreading the word to save lives all over the community.  They believe in supporting and making life better for everyone one pint at a time.   Student Council does not stop at blood drives to save lives.  Oh, No no no.  This year Student Council will  be aiding the Portage County Relay for Life in the Mascot Wars on  May 19th. You can come see Student Council and Inspector G taking a stance

against Cancer.  They will be at the Ravenna Track participating in the Relay for Life events.  You can support our cause by making a donation  to James A Garfield by May 15th if you would like to help sponsor our team.